There's an unauthorized biographic movie of Ray Kroc called The Founder which tells the story of how he took over the McDonald's brand from Mac and Dick McDonald. While the filmmakeers strongly imply that Mr. Kroc stole the title of founder of McDonald's, I couldn't shake1 the feeling that he had as much right to it as the McDonald brothers.

In my experience, every large organization goes through two distinct stages in its history that I call:

For McDonald's, the first step occurred when two brothers finally hit on a successful business by observing their customers and creating a process to serve them. If you've seen the movie, it was visually represented by chalk outlines on a tennis court: 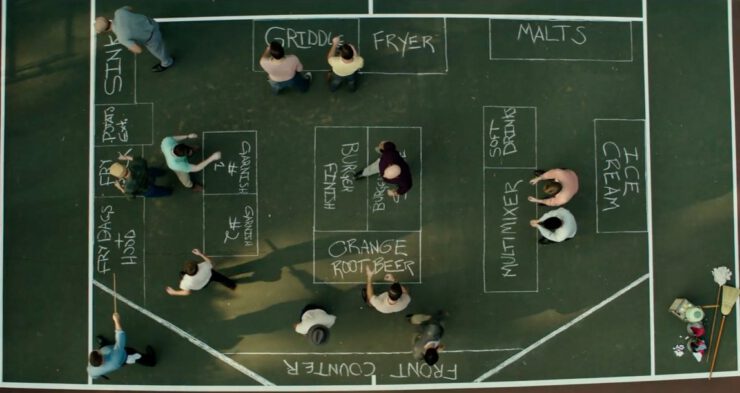 They attempted the second stage by selling franchises, but were not able to maintain the qualities that make McDonald's McDonald's. Enter Ray Kroc who, whatever his faults, did scale from 6 franchises that shared little more than a name into a global organization2 where each franchise is clearly a McDonald's: 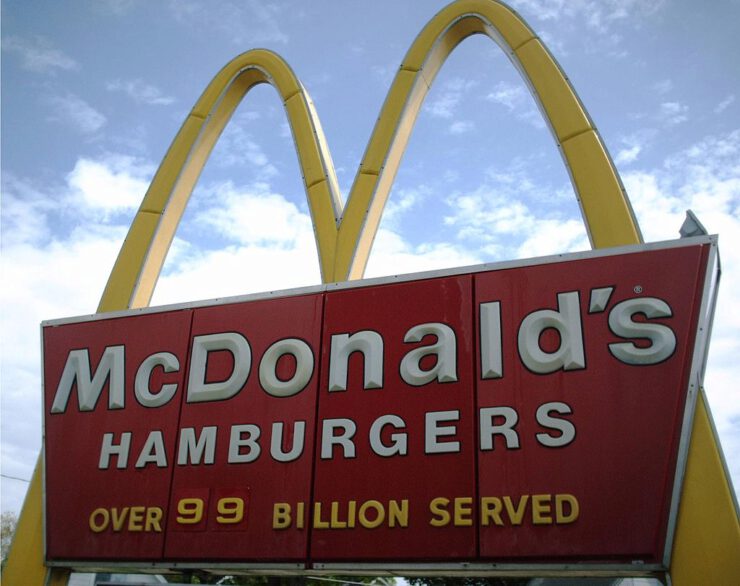 Organizations also go through periods of re-entrenchment, which is a variation of coalescing, when scaling fails for one reason or another.3 More often than not, organizations don't ever reacquire membership once they lose it. Successful scaling is considerably more challenging than most people realize. Not only do you need to provide consistent training to integrate new members, you also have to deal with cultural challenges from unreached people groups. For McDonald's that meant:

Ray Kroc set the stage for this sort of scale by purchasing the company away from the McDonald brothers so that he could make changes to the original blueprint to serve customers outside of Southern California. And yet, the original McDonald's vision (many customers served at low cost) shines through. That's a true accomplishment.

Some organizations don't want to scale. There's nothing wrong with that. I've been involved in dozens of groups that start off with a handful of members and never grow. Scaling is risky, so why bother if there's no compelling reason to do so?

There's really only one risk: loss of the original purpose of the group. That's it. If you try to scale, but it doesn't work out, the future of the group depends only on whether it has held onto its founding principles. Unfortunately, getting bigger always requires compromise. That's the tension and that's why so many organizations fall apart when they bump against some limit to growth. Instead of coalescing again, they make more compromises to try to grow again.

The brilliance of Ray Kroc is he created a company that holds onto its founding principle while still bringing in more franchises and more customers.