California requires teachers to take attendance as part of the way money is allocated to districts. In the time of distance learning, it's not hard to see who shows up for live instruction. It might even be easier for teachers since they get a list of attendees to internet meetings. But teachers also need to make sure students are attending their asynchronous classwork times. (For our school, that's most afternoons and all Friday.)

Our school has decided to collect attendance using a Google Form. That's a reasonable approach, but it means our students need to enter their first name, last name and the last name of their teacher every day in order to submit attendance. They also need to find the right URL to get to that form. For my second-grade twins, that can be a frustration. So I decided to take my years of programming experience and apply it to their situation.

To be clear, they still need to proactively fill in their attendance form. And they are getting tons of practice typing things into the computer. So my goal is to make this a 30 second process instead of the many-minute process it can be now as my 7-year-old children fight frustration a the end of the day. (Or get off to a rocky start doing something annoying before the learning begins.)

The first thing I did was reverse engineer the form. This might seem complicated or unethical, but the process is very transparent if you know how it works. So I visited the form and entered some information: 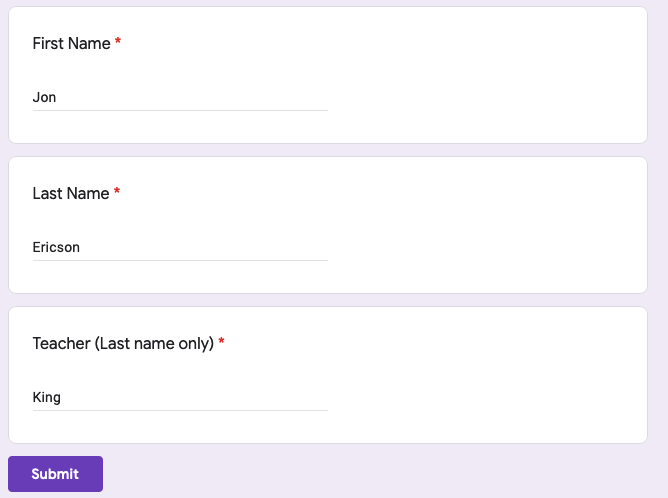 With that in place, I right-clicked the page in Firefox and picked the Inspect Element feature: 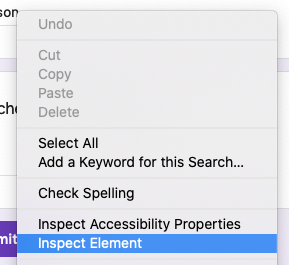 Other browsers have similar functions that might be called different names. The point is to pull up the developer tools to find the names of the input fields of the form. Google Forms are pretty much a UI around HTML forms to insert rows into Google Sheets using the HTTP protocol. Don't get scared off! It's not as complicated as it looks and you can ignore that technical jargon. All we need to do is find a bit of code that looks like this:

I used Firefox's search function (top left in the image) to find the three input fields:

The key bits are the name= strings. They map an arbitrary name assigned when the form was created to a field in the spreadsheet used to take attendance. The value= part helps us map the data we want to send to the field we want to send it to:

Believe it or not, we are almost done. The next step is to grab the link to the form the teacher provided:

No you can't hack my students' attendance. Not unless you have a student email account at my local school. And even then, your submissions will be clearly marked with that email making abuse easy to track. The big long string of random letters and numbers are the form identifier assigned when it was created. We will change the part after the ?:

Now that we know the input fields, we can edit that part to pre-fill them:

I don't exactly know what the usp field does, so I removed it. That shouldn't matter when you submit the form, but you can leave it in, if you want to. Now I take that part of the URL (called the query string) and put it back on the rest of the link:

Now I can save that link for future use and it'll have my name and the last name of my teacher pre-filled in the form. But that's still a little awkward. Fortunately, I learned that some teachers were directing students to their attendance forms using QR codes back when they had live instruction. With that idea in mind, I found a website for generating QR codes and generated this: 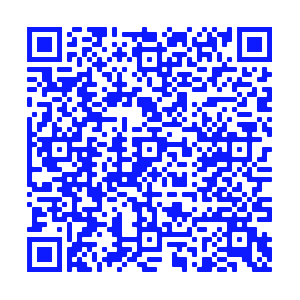 Since I have twins, I changed the names in the query string and generated two more QR codes using their favorite colors. The plan is to print out the images, post them on their walls and have them scan in every day to verify their attendance. I'll let you know if it works!

« Tinkering with my blog as procrastination Moderating on Discourse »