Yesterday we got a report from one of the moderators of Stack Overflow who met with the company's CEO, Prashanth Chandrasekar. I've already written my initial thoughts and I stand by those. But I've also had a chance to sleep on it and there are a few things from the answers that trouble me. Typically time helps me take a more charitable view of someone else's words, but not this time.

It's important to know that what I'm responding to is not Prashanth's words, but rather a paraphrase writen by Aaron Hall. So it wouldn't surprise me if the phrasing is not what the company representatives intended to communicate. Still there has been plenty of time to correct the record, so I will assume they are comfortable with the current wording.

As I said in my answer some of the answers can be ambigious when it comes to the word "community". Probably the easiest place to see the duplicity of meaning is:

Employees that put community first will be rewarded.

The obvious counter argument is that two Community Managers who have consistently put community first were let go. There are only two ways to reconcile this:

I find the first option very hard to believe since the community has raised $10k to thank Shog9 for his service and the company has not. Money isn't everything, of course, but it is a reward companies commonly give to employees in appreciation of a job well done. So option #2 seems more likely.

What is the company's definition of community therefor? Clues exist other in answers:

We wouldn't exist without the community.

Investment in community. Avoid being reactive.

We need the economic engine to sustainably invest back in the community.

Recently our new CEO updated the mission statement: "Helping write the script of the future by serving developers and technical workers."

We ask, "Are communities growing?"

The genesis of the company's definition of community goes back at least to the fall of 2015. I presented a talk at our meetup in San Diego, which was one of the highlights of my career. Also at that meetup I (along with the rest of the community management team) learned the company saw community trust as an untapped resource for generating income. For the next two years, the company pursued a strategy intended to grow the business. In my opinion, it also wasted community social capital in the attempt.1

At the time, the company had two lines of business2:

Over at College Confidential ads are our primary line of business. What you learn fairly quickly is there are only two ways to make that business produce more revenue:

Stack Overflow had already maxed out its CPM by offering valuable customers that are otherwise hard to reach. Increasing page views was likely to be difficult since the site had reached its peak sometime in 2014. Ideas of increasing the amount of advertising on each page were floated, but ultimately rejected.3 So the only option was to grow the job site instead.

In theory, a market providing a service to the community would be mutually beneficial. Think of Facebook Marketplace or the links to purchase games on BoardGameGeek. Plus, you can create more inventory by hiring more salespeople to generate more job listings. Stack Overflow has access to pretty much all the potential applicants for software engineering jobs. For years the sales pitch has been "Stack Overflow is the largest, most trusted online community for anyone that codes".4 Then it can sell Talent by pointing to 50 million visitors and 1 million resumes.

It's a great business—if the market is healthy. Employers need to see applicants or they won't renew. So the company spent significant resources encouraging visitors to register and build out their Developer Story. Layoffs in 2017 suggest the strategy failed.

One of the themes of the San Diego meetup was The Leaky Bucket Theory.5 The idea was we had all these people "mooching off" the site, not registering, not applying for jobs and not helping us make money. We were losing customers because the community wasn't doing what we were needing them to do. And why should they? We didn't offer anything you can't get at half a dozen other job boards. But the sales side had a model showing how much the company could make by hiring more salespeople and surely there was a lever to pull to get more job applicants too.

What needed to happen was to flip the funnel. Instead of treating the community as potential sources of income, remember what it was like to delight the community. And now I finally get to the point of this post: Meta users are difficult to deal with because they have fully bought into Stack Exchange. A lot them happen to be developers (or "people who code"), but that's not their defining feature. Meta users aren't entitled; they are passionate about the project of bringing knowledge to the masses. They see company success as a means to that end and nothing more.

CEO will commit to continue posting on meta at least quarterly.

That's like the NBA commissioner saying he'll commit to being at four games a season. Did you know that there are members of the community who have visited the site every day for over 10 years? 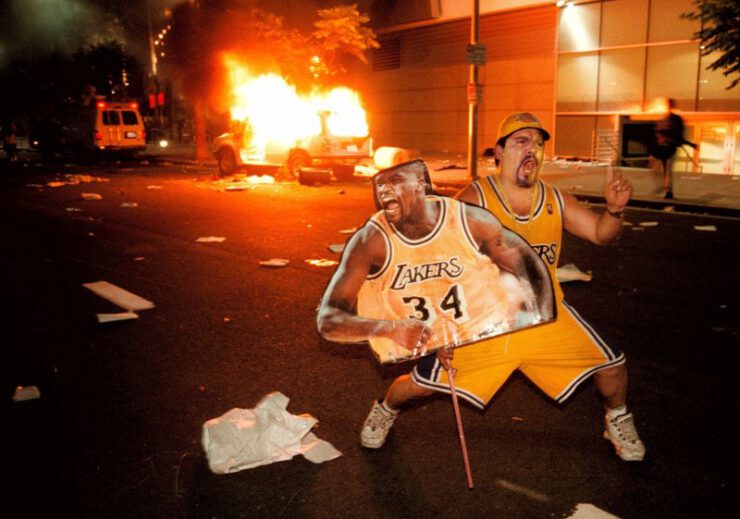 It's easy to see the downsides of passion if you don't know what all the excitement is about. Unfortunately, it's nearly impossible to see the upside. Imagine watching a TV show that compiled 30 minutes of your worst moments: that time you yelled at a family member, the lie you told that you immediately regretted, the year you cheated on your taxes. That's pretty much what it's like to read meta without grokking why people post there.