Last fall, during a very rough week, I wrote a melancholy parable about Stack Exchange. I'm not sure if anyone read it and understood the significance, but that's ok. I do a lot of writing for my own benefit. Since then, I've thought of another parable that might be more hopeful.

At my new house we have a bunch of rose bushes. It's very clear they were well taken care of, but in recent years they have been allowed to grow as they will. We got a few decent roses in the fall, but the bushes are starting to pull down the fence pegs holding them up. Now is the time to prune. I read a couple of articles, I own pruning shears and I have gloves to wear. But I don't really know what I'm doing. I just sorta hack away at the roses and rely on them being very robust. I'm learning and it's my garden, so I don't feel bad. Cultivators of roses (rosarians) would probably cringe to watch me do this, but it needs to be done and I'm the only person likely to do it. If this were Exposition Park, I'd have a staff of experts to do it right. 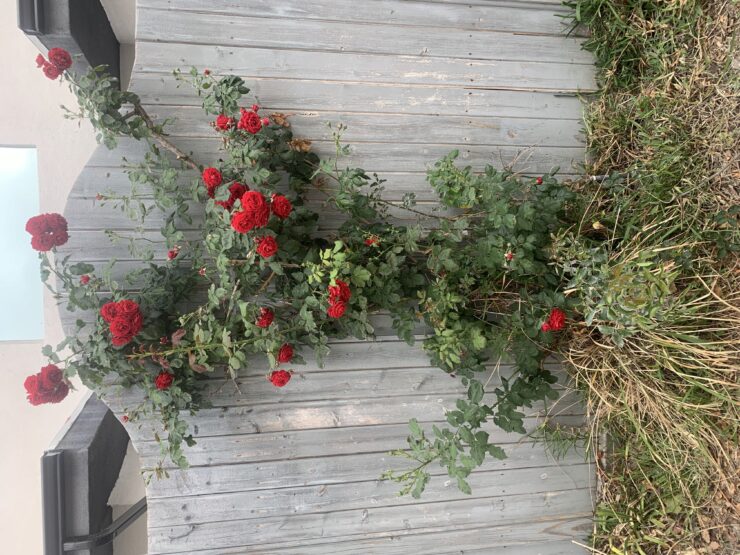 So to get back to Stack Exchange, the sites have moderators who behave something like expert gardeners. They prune questions that are aren't producing useful answers. They even prune users who damage the community. Over the years, they've developed a standard of moderation. But pruning is more than just cutting deadwood. It's also about creating a pleasing shape. That's not something hundreds of moderators can do. There needs to be what the younger President Bush calls The Decider. Someone who has a vision for the sites.

For a long time the vision for the sites was something like cultivated wild roses. They were carefully planted far enough apart (the Area 51 process) and allowed to grow as is natural. A lot of beautiful gardens grow like this and it isn't hard to do.  But in recent years people at the company have looked at the sites and wonder why they don't look like a traditional European rose garden. The analogy is about to break up, but think of how complicated it would be to convert from one type of garden to another. It took years to get where we are, so starting over is not a great idea. Transplanting or grafting might work, but those are traumatic and require skill.

Whatever steps are required, the first thing is to have a plan. Start with an accurate inventory of what you have and sketch out a landscaping diagram of where you want to be. Plot out the steps needed to get from here to there while considering practical details such as climate. Maybe there is a plan, but it was never clear to me as community manager. We got very narrow directives ("prune that branch", "find this variety to graft in", "stop using that soil", etc.) and tried to guess what the goal was from there.

That's not entirely fair. We had stratospheric goals like “Helping write the script of the future by serving developers and technical workers.” But we were missing the link between that goal and the things we were asked to do. I mean, we could guess. So we often had uncomfortable conversations where we'd question tactical decisions ("um, that rose needs way more sun than it gets where you want to put it.") and be accused of not caring about the overarching company goals.

One thing people learn the hard way over and over is that if you leave a void in communication, your listener will inevitably fill in the worst possible options. "Why aren't they telling me what's going on? Do they hate me?" I think this can kinda work if you have some hold on people. It's a lousy work environment, but management can totally skip the communication step from time to time. It's really a bad idea when working with a community, however. Never forget people can just stop coming.

In fact, I know of two projects designed to replace Stack Exchange. They aren't quite at the point where I'd want to point people at them, but both are actively working in that direction. Back in the day we were bemused by these sorts of projects. They never seemed to understand that the software was the easy part and community is the real selling point. Most of these sites died and the ones that live on have cultivated some sort of community.

What should keep SO leadership up at night is that these two projects were motivated by moving existing communities somewhere else. It's as if my roses could see how inexpertly I was pruning them and decided to transplant themselves to my neighbor's garden. It's too soon to know if these projects are real threats to the SO business model. They might take long enough to develop that investors can have their long-awaited equity event. They might not even threaten the SO community. It's always possible to have more than one site. But the failure case is catastrophic. One day business will look fine and the next day it won't. If leadership isn't already hearing the claxons now, they won't have any warning at all. Because people are free to interpret the message any way they like and are free to leave.

To be super clear: I want Stack Exchange to thrive. I want the projects people are working on to replace the network to be viable competition so that SO gets better at meeting real community needs. I want a world where the Q&A model delivers practical information to everyone.  But for that to happen, the company needs to be very different than the one I left. Someone needs to take ownership, acknowledge the mistakes of the past and show real leadership. Otherwise it looks like my inexpert pruning with only a vague goal.