A beginning is the time for taking the most delicate care that the balances are correct.
—From "Manual of Muad'Dib" by the Princess Irulan

Ever wonder how communities start? In a way it's not hard to explain: people meet other people who share something in common and then, well, they become a community. But if your goal is to cause communities to form, than it's not clear how to make that happen. And it's even harder to make communities form around a particular interest such as your company and its products. Turns out you can't really force people to meet each other and even if you did, that wouldn't necessarily cause a self-sustaining community to form.

I worked for a while on what you might call a community incubator. We took topic ideas and turned them into functional communities. I'm talking about Stack Exchange, which currently has 177 communities. 80% of those sites get, on average, 1 or more questions a day. That might not sound like a lot, but that's a very respectable track record.

Now that's a bit of a cheat because sites are sometimes shut down. By my count, 47 sites were shut down. So the success rate is closer to 60%. Still not bad. When you consider that many of the sites that get less than one question a day (on average) are still viable, if low-activity, communities, we could redefine success to get back to ~80%.

Unfortunately we still haven't accounted for Area 51, which is "the Stack Exchange Network staging zone".1 Area 51 gets tons of proposals and huge percentage are closed within 3 days. Of the ones that remain, very few make it past the rigorous "Definition" phase and even fewer gather enough support in "Commitment" phase to even get a chance to fail in the "Beta" phase. Since proposals are deleted once they run out of time, I'd need access to Stack Exchange's internal database to know how many fail, but the success rate is almost certainly a fraction of a percent.

That's not the only way to think about it, of course. Ideas are cheap and most of the sites proposed on Area 51 had no chance to begin with.2 Better for these sites to fail in the staging environment rather than after resources have been allocated to build the actual sites. In fact, Robert Cartaino designed Area 51 to screen out ideas that sounded good on paper, but wouldn't work as a real community. The model he designed can be used to maximize the success of any community whether on Stack Exchange or not. So let's examine it more closely.

Let's suppose you want to start a site about gardening. Seems simple enough. Everyone knows what gardening is, right? But what about landscaping? Is it ok to talk about that in a gardening community? How about indoor plants? What about bees and other pollinators? What about fixing fences? Other home repair? Should plumbing questions be limited to sprinkler systems or all types of household plumbing? Believe it or not, these are important questions to answer upfront.

Area 51 requires followers to submit at least 40 on-topic example questions with a net score of at least 10. These aren't intended to be answered, but rather to show what sort of question the beta site might host after it launched. For gardening, it's questions like:

Those are good questions because people who are interested in gardening might ask them. You can see that the focus is solidly on growing plants. If that includes you, great! It might exclude people too and, insofar as that's something groups necessarily do, that's helpful too. As tempting as it is to make the scope of the community broad enough that anyone can feel welcome, successful groups have narrower scopes than most outsiders would intuit.

For instance, gardeners consider a question like "My patio is covered with ants. How can I kill them?" a question about pest control rather than gardening. Unless these are leafcutter ants attacking plants, a true gardener isn't worried about them. In contrast, they are quite concerned about aphids, which destroy plants. This distinction might not seem important to outsiders, but it does matter to the group. There might even be people in the group opposed to killing ants, which serve a purpose in the ecosystem of a garden. Allowing that "perfectly reasonable" question could drive away valuable experts.

There's a lot more we could say about defining the scope of a proposed community, but let's move on to the commitment phase. Remember how I said communities form when people gather together? Well the commitment phase is Stack Exchange's answer to the empty restaurant problem. Instead of opening the doors and hoping people walk in off the street, Area 51 won't even open a restaurant site until 200 people have committed to come.3 That way when the restaurant site opens, people will see other people there on day one.

Now some percentage of people commit to participate during beta and never show. Participation often drops off in the weeks and months following the start of beta as people get bored or decide the site isn't for them. That's honestly fine. The goal of commitment is less to tie people down to participate and more to make sure there's a critical mass to get started. As long as a reasonable percentage make an effort, the site will have its best chance at success.

Another option that Stack Overflow used when it first launched was a waitlist. Like Gmail and later Spotify, the idea is that people will value their invitation to a greater degree when there is perceived scarcity. Unlike waiting until enough people commit, people wait until the site owners grant them entrance. Of course, you better have something amazing to reward the wait in the end or risk disappointment.

Even with the right site definition and plenty of committed users, communities sometimes fail to gain traction. Maybe I should say "often" rather than "sometimes". Just bringing people together doesn't mean they will continue gather. There needs to be a reason for people to come back. And that means content. 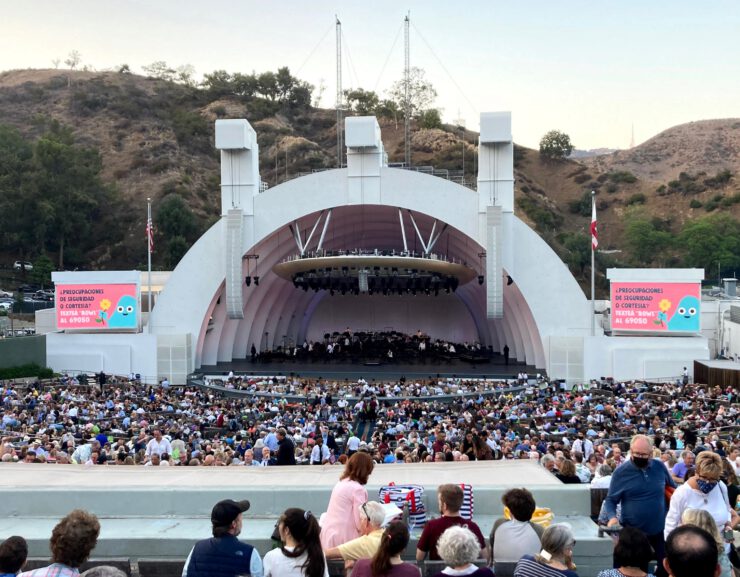 If you go to a concert, you probably come for music, not the audience. That's what happens with online communities too. If anything, other people must be endured. Once the venue stops hosting music you care about, you'll think nothing of doing something else with your evening. It's all about content.

But you might notice other people who seem to have a different, or maybe deeper, draw. The couple a row or two in front of you flag down a friend finding their way to their seat. The guy behind you knows all the lyrics to every song and proves it by singing (badly) into your ear. You see tour shirts from other continents. This is the part of the community that, in a sense, transcends the content, which is the only way a community can sustain itself.

To illustrate I have a friend who continued to buy Chargers season tickets years after he stopped caring about football. You see, his wife had so many friends who also had season tickets it felt like a betrayal to give them up. These fans probably would have been just as happy if the Chargers stopped playing the games. For some people, the community is the content. Getting there, even on a small scale, takes time and a well designed community experience. Quality content is a prerequisite for a self-sustaining community.

Stack Exchange takes advantage of its established community culture and design. A new community is a Q&A site with attached meta and chat. While newcomers don't immediately experience it, Stack Exchange (including Stack Overflow) can be a comfortable environment. That's a huge advantage that most community startups won't have. Even so, Stack Exchange betas fail if people don't show up and ask interesting questions. Nothing can take the place of quality content to get a community started.

These days there's no reason to build new community software. I'm a big fan of Discourse for long-form content and Discord for chat.4 Selecting a modern, flexible and fully-featured platform only makes a comfortable space available. It doesn't get people to come or, just as important, to stay. This is why, if you depend on members of the community to supply content, you'll want them to arrive at about the same time so that they can interact with each other.

Like any new establishment, you'll want to start with a vision of what the community will be. But as people come and rearrange the chairs, you'll need to adjust. Most likely a few of the boundaries marked out the definition phase will need to be moved. Likely some of the decisions about the design of the platform will turn out to be hindering more than they help. It's critical that the people managing the community adjust to the new mental models of reality the nascent group presents. There's no script for this.