My first encounter with Dune was reading the Frank Herbert novel in high school. From there I read his Dune sequels and some of his other novels. (If you are curious, I quite liked Destination: Void, The Dosadi Experiment and The White Plague.) I even started one of the Dune sequels written by his son, which illustrates what rare gifts his father possessed. The elder Herbert mastered the art of epic mystery. He reveals just enough about the vast universe he's constructed to make it believable without letting the reader suspect that it's entirely imaginary.

To wit, the novel begins with a scene that could almost be a stand-alone story in which Paul Atreides submits to a "test of humanity". His mother, you see, is Bene Gesserit and was ordered to produce only females. Her superior must determine if Paul is the Kwisatz Haderach who can predict the future. The test consists of placing his right hand in a box that contains pain while the Reverend Mother holds a Gom Jabbar, a poisoned needle, to his neck. Lady Jessica stands outside suffering for her son since she herself endured the test as a child.

My summary fails to capture the verisimilitude of the original. Walking the narrow path between faintly ridiculous and impenetrably foreign is hard enough on paper. But putting this onto a screen seems insurmountable. Indeed this very scene in David Lynch's Dune can only be understood by people who've already read the book and also comes perilously close to comedy.

Now I seem to have enjoyed the 1984 adaptation better than most. Still, it's not hard to see problems. At the time, Roger Ebert called the special effects "a throwback to Flash Gordon". It also suffers from the Peter Jackson's The Hobbit problem of tossing in elements from the book that don't play well on the screen. And, despite being a fine actor, the 25-year-old Kyle MacLachlan simply could not pull off a 15-year-old Paul Atreides.

That's critical because Dune tells a messianic coming-of-age story. Perhaps the prototypical example comes from the gospel of Luke in which a 12-year-old Jesus stayed in the temple rather than go back to Nazareth with his parents. More recently, we have Harry Potter who tries to live an ordinary life (as a wizard) while also being widely recognized a the chosen one. How can a character destined for greatness grow over the course of a story without it all seeming like artificial drama?

Denis Villeneuve, director of the new Dune, casts Timothée Chalamet, who is also 25, in the role of Paul. Worryingly, he comes off as a brooding and entitled boy in the trailers. Both Lynch and Villeneuve push the humanity test scene from opening the story into a transition to the second act. Lynch uses the very first shot of the movie to explain the intricate plot. The new film prioritizes the character of Paul. He spends an inordinate amount of time dreaming. He's closer to his father's advisors than he is to Duke Leto himself. And he's something of a mamma's boy, to be honest.

Quite a bit depends on the Gom Jabbar test. Done well and it propels Paul's character into adulthood. Done poorly and it's just another square filled on the fan bingo card. Clearly Denis Velleneuve agreed as you can see in this video he did for Vanity Fair explaining what went into making the scene.

For me, it paid off. Rebecca Ferguson (as Lady Jessica) and Chalamet anchor the film in a mother-son relationship. The last movie I saw in the theater was Star Wars: The Rise of Skywalker. It was a spectacle that washed over me because I could not care about the characters. Dune takes the time to build characters so that the cinematics produce meaning. Explosions only matter when I believe they are dangerous to flesh and blood.

This version of Dune brings the modern tools of movie making to create an appropriate setting for a high-concept science fiction story. It spans planets yet even the smallest detail has been considered. For instance, artificial intelligence has been outlawed, so when the Duke wants to know how much it cost for the emperor to send a delegation to his planet, he asks his human computer, Thufir Hawat (played by Stephen McKinley Henderson). His eyes roll back into his head and a moment later he has an answer. It's a simple effect (that almost certainly used non-human computers), but it's a detail that solidifies the world.

While much of the grandeur of Dune exists only in heavily processed data, it's obvious many scenes were filmed on location. Dune the novel sketches out what it takes to live in a hostile desert environment—especially the importance of preserving water to preserve life. Among all the exotic trappings of the Dune universe, we can only directly experience the beauty and hazards of the desert. (Well, a version of the desert lacking huge sand worms, of course.) 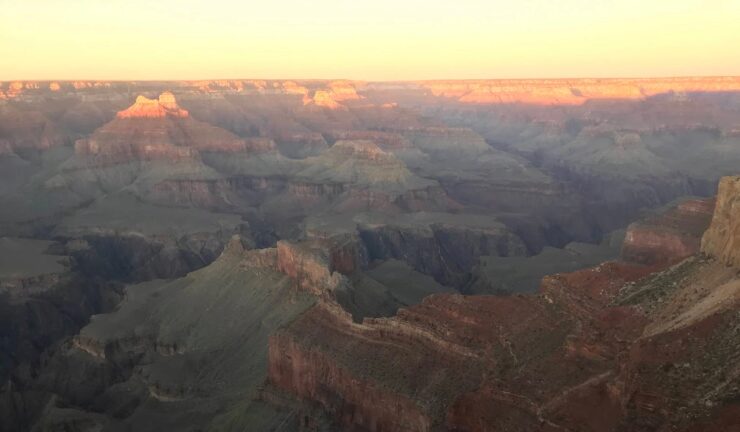 Since this version of Dune draws out the relationship between Paul and his mother, it leaves less room for other characters. Feyd-Rautha (Sting's character in 1984), the emperor and his daughter do not appear in this film, though they should have roles in Part Two. More troubling are characters that don't survive the first movie: Duncan Idaho, Dr. Wellington Yueh, Duke Leto, Piter de Vries, Shadout Mapes and Dr. Liet Kynes. (Spoilers, I suppose.1) Kynes' death is especially frustrating as the character is played by Sharon Duncan-Brewster, a black woman, rather than a man as portrayed in the book. It was an interesting choice that could not be fully explored.

As I watched the first half or so, I felt the movie was paced appropriately to fit in the scenes necessary to be a Dune adaptation. When the focus shifted to Arrakis, the film began to crawl as if walking through that planet's sandy surface. Action scenes didn't hold my attention the way they were certainly intended. In addition I reached a sort of world-building fatigue. Did we really need a scene on the Sardaukar training planet? Or a demonstration of drum sand? Or yet another dream sequence? Save these for the Blu-ray extras or the sequel.

Epic films tend to cut a lot to fit into an acceptable run time and Dune is no exception. I absolutely enjoyed the spectacle and Hans Zimmer's powerful, moody score. But my mind kept returning to the question of "where will this story be cut?" Repeatedly I wondered if the credits were about to roll and being, well, not disappointed, but held in a sort of meta-suspense. The actual ending felt unresolved despite the sequel-implying lampshade. On the way, it passed up at least two better endings, in my opinion.2

Perhaps it's unfair to judge what is certainly going to be an epic film series in the mold of The Lord of the Rings and Star Wars. Still, each of those individual movies found ways to complete a narrative arc while still holding other arcs in reserve. Dune Part Two will tell of a reluctant messiah who foresees the horrors of his legacy. That might be difficult considering the need to show more sand worms, Fremen culture, a romance subplot and, of course, political intrigue.

It's more or less impossible for me to predict how people who haven't read (and enjoyed) the novel. My guess would be this film doesn't explain enough for people who haven't internalized the plot before watching. For those of us who have anticipated an authentic Dune movie made people who also enjoyed the book, Velleneuve accomplished the impossible.

« A day in Reserve Baba Is You: Pointers Are Puzzling »