In a previous post, I listed a number of changes to Stack Overflow intended to make the site more welcoming. I noted that they didn't do much to change the intrinsic motivations that prompt people to participate. The most recent feature, the "thanks" reaction, fails even to engage extrinsic motivation:

Call me old-fashioned, but upvoting and accepting an answer seems like thanks enough. My #1 concern about this feature since I first heard about it almost a year ago is that it risks reducing upvotes, which is one of the stronger positive reinforcements. 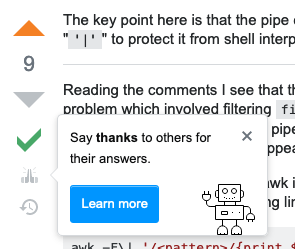 Now that's a little unfair. The actual point of the feature is to be a "clutter-free way to say thanks":

We've heard from our users that the inability to say "thank you" is frustrating—especially for new users who don’t have enough reputation to upvote or comment. Even when users gain these privileges, they still want to say "thanks."

In addition, Teams has had an expanded form of this feature since the end of last year:

It's loosely based on reactions on other platforms, such as Slack and Facebook. For a team, these reactions serve an important purpose: they let people on your team know you saw the information. I admit I'm not fully onboard with newfangled emoji (emoticons for life ;-), but I have grown fond of them as lightweight signal. Systems that let you use random images as reactions are especially wonderful because they allow for inside jokes. And what could be more glorious than that?

A moment's thought should make clear why letting people use their own custom images for reactions is a bad idea on a public site. The only reason you don't see phallic images in Slack is because of the threat of an HR complaint.1 So it's clear why reactions are somewhat limited on Teams and reduced to just "thanks" on the public site. Unfortunately, this isn't the only potential problem moving the feature from private Teams to public Q&A.

From reading the announcement, the "thanks" reaction is intended to solve the problems of:

A private team isn't likely to have these problems because:

So it's certainly good to start testing the feature before committing to it. But the test isn't a test of the functionality but of two icons to represent "thanks":

Further communication2 clarified that the team is watching other effects, such as impact on voting. Which is good.

Unfortunately, the rollout of the reaction feature happened and people made up their minds about the feature long before the necessary background was provided. In fact, it feels more like a rush to get the feature into production days before the end of the second business quarter rather than a well-considered feature launch. It came across, to me at least, an attempt to show progress on the welcoming intuitive without taking into account what the community might make of the feature.

As it happens, College Confidential is facing a similar problem. We recently added our chatbot, named Kai, to our school pages: 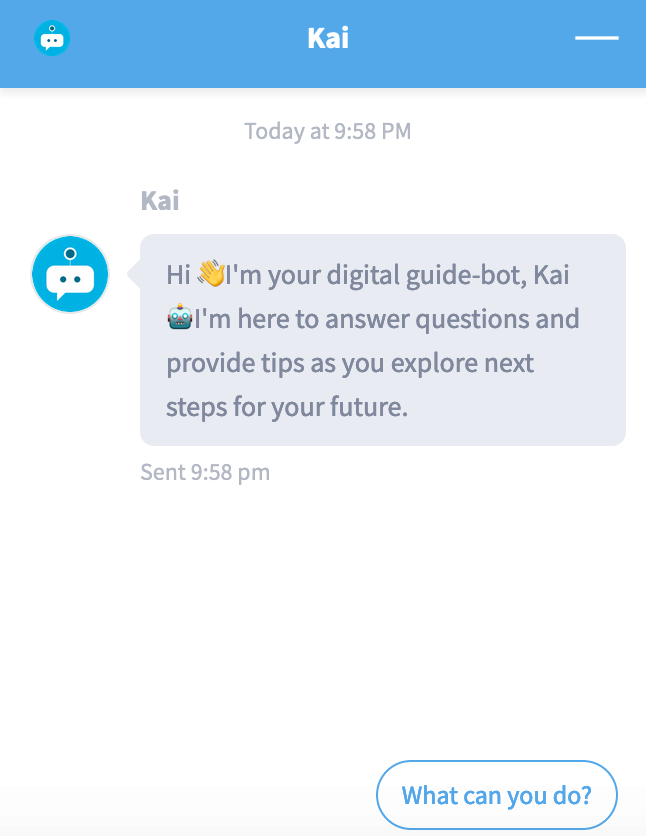 Kai was ported over from The College Fair app, which we also own. In the context of a phone app for students, it functions perfectly well. But when we moved it to a website it wasn't designed to support, at least one visitor found it inappropriate. We've also seen the primary use hasn't been getting help with sorting out college options, but trying to do administrative things, like change email address, on the site.

Now we can start fixing these problems and we only implemented it on a few places, but the benefits of the chatbot have been lost, probably permanently, on the people who saw it in its current state. You see it made a user experience promise (to fix the user's login problem) that it couldn't deliver on. Life is too short to click on buttons that have disappointed in the past. That's a shame because it could be a very useful feature in the future. And the same with reactions on Stack Overflow. They could be amazing, but it's very likely some people (including me) won't use them.

Ah! But this feature isn't for Meta users. It's for those people who haven't yet earned their way into the exclusive club of people who can comment and vote on Stack Overflow. To which I say: "Huh?" Because every other feature on Stack Overflow is designed to grow with the user. Users don't stop commenting when they earn the right to vote or edit without review. In fact the site expects people who are engaged in the community will do more things (per user) than people who have just taken their first step.

Ultimately the "thanks" reaction, as it now stands, lacks integrity. I don't mean it's lying, though it definitely is since odds are good the author won't see who thanked them in the majority of cases. Instead I mean it doesn't have a place in the larger whole that is Stack Overflow. Reactions on Teams, where people have a better chance of getting the message, has a place. On public Q&A it, well, it satisfies the people who feel left out of the other mechanisms of appreciation I suppose. Otherwise it's just another icon on the screen distracting users from whatever it was that brought them to the question.

« Does the 2020 survey show Stack Overflow made progress on its welcoming initiative? Q•bitz subtitle: Competitive puzzling that looks more interesting than it is »