When I joined EDB, I wrote:

In six months I'll read this and laugh and laugh at how naive I once was.

After six months, I did reread that post and it surprised me how much time of my time as a Developer Advocate was focused on documentation and git. Looking back after a full year, it occurred to me that I could find traces of most of my accomplishments on GitHub:

This bullet point list, which I probably should drop into my resume, reminds me that I worked with an exceptional team. Maybe resumes should include co-authors. There's nothing quite like working on a team where each person trusts everyone else. It's all too rare.

So that's why it's so hard to say goodbye. Friday was my last day at EDB. My access to Slack, Gmail and so on was removed. All that is left is to pack up my laptop and ship it back to the office. 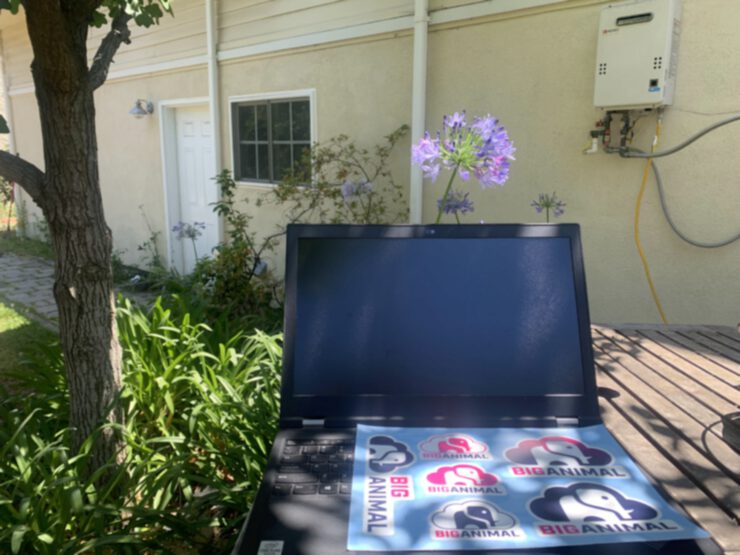 EDB was almost entirely an ideal working environment. If you want to apply for a job there, I have one concern that I'd share in private. Unfortunately, that one little thing was enough for me to start looking for other options. I just didn't believe that I could be successful in my goals at EDB.

Which leads me to perhaps the most import thing I learned over the last year. I've known, of course, that documentation in some form (often many forms) is critical to successfully using a product. But working with documentation last year, I realized that's just not enough. Instead, and I believe this strongly enough to give it a blockquote:

Excellent documentation gives people confidence they will be successful.

If you've ever opened a manual and seen a long list of commands without context, you know what I'm talking about. It's not enough to have all the tools of a master carpenter if you don't know what they are for or how to get started using them. Unless you are satisfied with customers who are already experts on your product, you must show them the way.

Further, if given the option between something that looks easy and something difficult, few people will try the harder route. User research shows time and time again that even reading can be too burdensome for most. I myself have observed that I skip reading something if I think I can avoid it. It's not because we are lazy (though we are). Rather we are usually focused on a problem that's only tangentially related to the documentation we are reading.

Mistaken assumptions must be anticipated by documentation and corrected in advance. Otherwise the reader will hit a wall and assume they can't move forward in that direction. Since your documentation is but one path among many, it doesn't pay to let readers fend for themselves. Give them the resources to succeed and reassure them help is available.

To take a specific example, shortly after joining EDB, I decided to install PostgreSQL so that I could play around with baseball data. Frequently I'd run into some error that I didn't understand which made me wonder if I'd hit a dead end. Now I intentionally picked a hard way to install PostgreSQL, so that shouldn't be a surprise. But even though I was committed to the idea, I found it tough to press on when some unexpected barrier popped up. I came quite close to just using a pre-build PostgreSQL.

The principle applies not just to customers, but even internally. EDB's documentation tech stack (GitHub, Netlify, Gatsby, Nunjucks, Pandoc and Docker) presented challenges to everyone on the team. As the Experience Team wound down and the Documentation Team took over, it was important that they feel confident they can use these technologies successfully.

Technology can be a powerful time and cost multiplier. Netlify and GitHub means published documentation can be updated nearly as quickly as the edits themselves. Nunjucks means we don't need to handcraft hundreds of installations guides to cover all permutations of product, version and platform. Pandoc means we can provide up-to-date PDFs for any of our products. Gatsby gave our team the tools to create a professional, modern site for documentation. But those gains will quickly be abandoned for the "tried and true" if the team working with them isn't confident they can be successful.

Today I returned to College Confidential. It will be a job full of challenges and I'm excited to rejoin the community and the team I left a little over a year ago. The lessons I learned from EDB will serve me well in my new/old role. Most importantly, I will strive to show people I interact with that they can be successful too. And if they do run into a wall, do my best to knock it down.